The Indian government believes that locally designed and developed 5G gear, including core and radio network components, could be commercially available by March 2023.
Save Saved

The Indian government believes that locally designed and developed 5G gear, including core and radio network components, could be commercially available by March 2023.

“The processes will take an extra three to four months. So, I potentially feel that by March next year, it (C-DoT) will be in a position to actually commercialise both radio and core equipment,” K Rajaraman, secretary at the Department of Telecommunications (DoT), told local newspaper The Economic Times. “The launch (5G core) has happened. We are working with some companies to actually get the radios ready, because that’s where full stack comes in as it has to include radio and other components,” Rajaraman added.

Indian operators are initially relying on equipment provided by vendors such as Ericsson, Nokia, and Samsung as Chinese vendors Huawei and ZTE had been barred from participating in India’s 5G rollout.

Bharti Airtel is chiefly using equipment from Ericsson, Nokia, and Samsung to provide 5G services. The Indian operator secured a total of 19,800 megahertz of spectrum in the 900 MHz, 1.8 GHz, 2.1 GHz, 3.3 GHz, and 26 GHz bands in a recent auction carried out by the Indian government.

Last week, Bharti Airtel announced that it has already reached 1 million unique 5G subscribers in less than 30 days since it commercially launched this technology in certain areas of the country.

Rival telco Reliance Jio Infocomm had also recently launched the beta trial of its 5G services in Mumbai, Delhi, Kolkata, and Varanasi. The carrier confirmed that its 5G service would be offered through 5G Standalone architecture and through a mix of wireless spectrum across the 700 MHz, 3.5 GHz, and 26 GHz bands.

While Reliance Jio has announced plans to reach nationwide coverage with 5G by December next year, Bharti Airtel aims to offer full 5G coverage across India by March 2024.

Meanwhile, Vodafone Idea is currently in talks with several vendors for the supply of 5G gear. The telco is also seeking to obtain financial resources for the launch of its 5G network.

Where is 5G available in India? Do existing smartphone support 5G?

Out of India’s three biggest telecom companies, only two offer 5G services to their customers. These are Jio and Airtel. While Jios’True 5G network is a standalone (SA), Airtel uses a non-standalone (NSA) that leverages the current 4G infrastructure.
Save Saved The European Commission has invited government agencies, companies, and other enterprises to submit proposals for cybersecurity solutions to “protect, detect, defend and deter cyber-attacks” for 5G network infrastructure.
Save Saved

More than 20 enterprises have applied for the direct allocation of the 5G spectrum in India to set up a private wireless network,
Save Saved 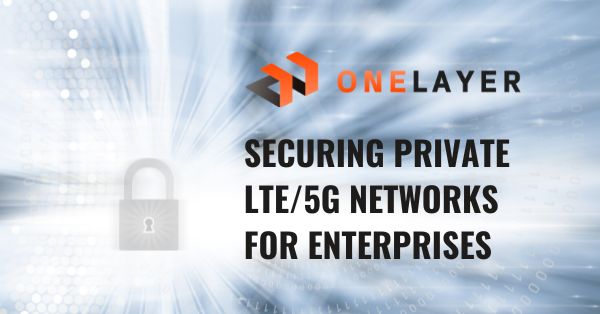 The 5G security integration with OneLayer prioritizes robust security and continuous operations for Druid Software’s clients, including system integrators and their private cellular networks.
Save Saved

Nokia Core SaaS is the first complete 5G core solution to market with all core cloud-native network functions available through a SaaS delivery model.
Save Saved

Smartphones above Rs 10000 must switch to 5G technology in India

Department of Telecommunications (DoT) and the Ministry of Electronics and Information Technology (MeitY) representatives met with mobile operators and smartphone manufacturers and gave them a deadline of three months to switch over to 5G services with 5G smartphones.
Save Saved
More News

What is 5G Tower? Who are top 12 global 5G tower companies?

The Shifting Sands of the Network Function Orchestrator Landscape

5G Orchestration, Automation, and Assurance with a Dickensian Twist | AvidThink